Please note: Game clear data will not be saved on itch.io due to browser limitations.
To save progress, please enable third-party cookies or play the game on cocoamoss.com or ddrkirby.com.

Colors of Your World v2.11
by DDRKirby(ISQ) and Kat Jia
Released under the Cocoa Moss label

Please be patient as the game loads! You may have to click to give it focus.
Soundtrack download

Colors of Your World was made in 72 hours for round 43 of Ludum Dare. The theme was "Sacrifices must be made".

I see a common theme of cats in your games

Great game! Love the idea, and the levels were really well put together. I loved the introduction and combination of all the different mechanics.

only 9 deaths first try. is this good?

cant play with xbox one cotroler ):

my cat keeps falling out of the world.

So creative, fun and pleasing with just enough challenge. Thank you!

this game is amazin

Challenge mode is so difficul :(

and the cat-bird we see in the end goes to a mountain and teach hoow to dash to a young girl falling from a clif, and the game CELESTE starts

that's awesome game!
Too dead, but too much fun!! 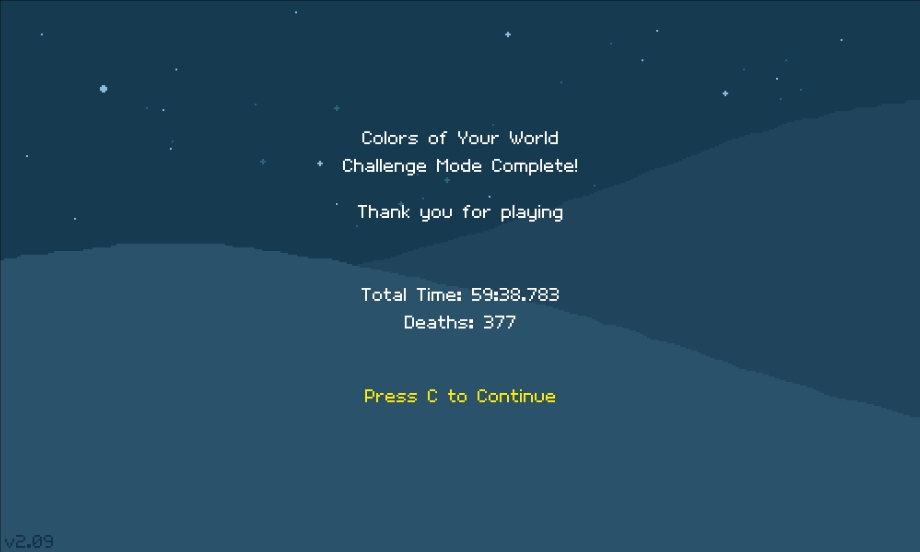 great game as soon as it starts ! music is very entertaining gameplay simple and effficient, a pure "bonheur"to play ! just lacking a windows build for people like me that dosen't like to be connected....

Feel free to download the html5 version, either directly or via the itch app.

thanks but I don't understand how...

My best time so far. That was fun! 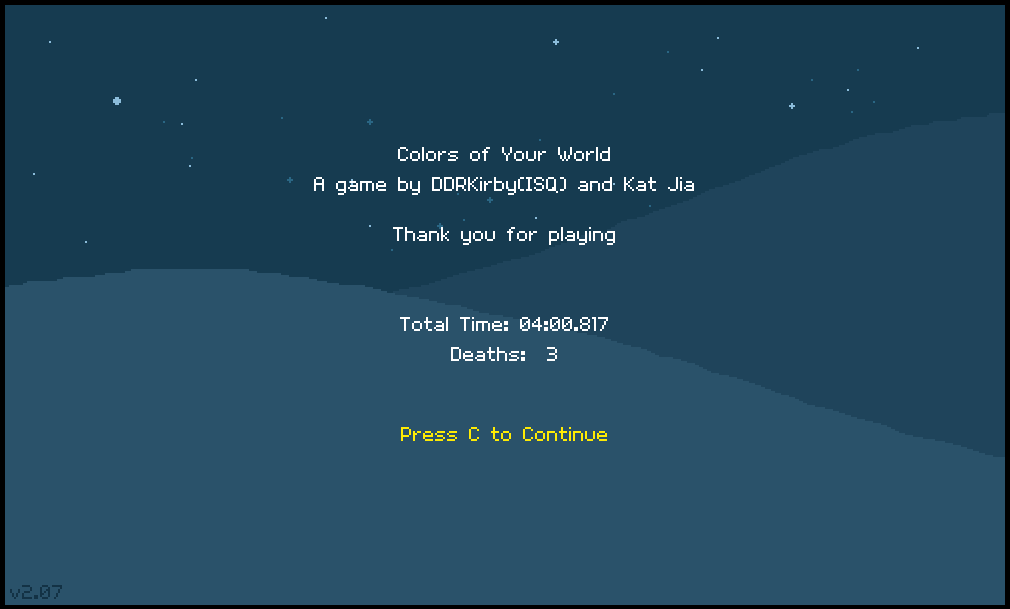 i think i did ok 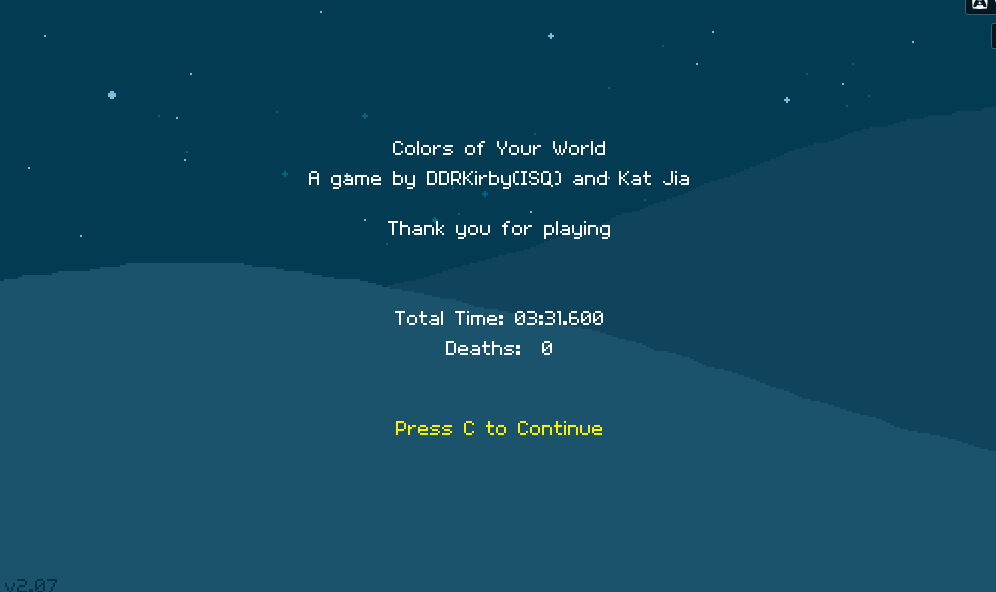 i dont know if you are a guy or a girl, but anyway i love your games!!

Reply
4re3 years ago

This is my best time so far.
Amazing game! 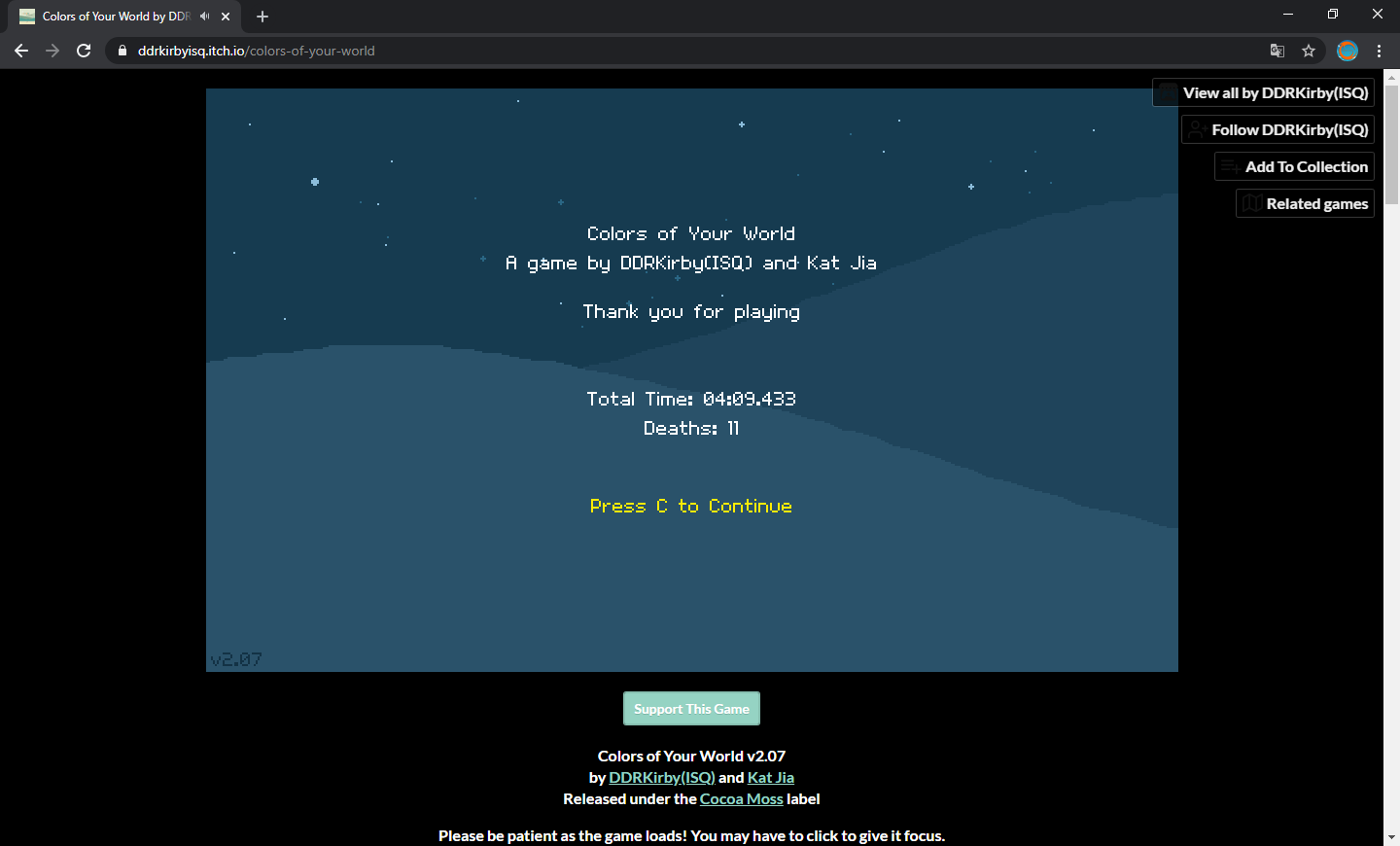 Finished it in normal mode with 108 deaths. A solid platformer with a challenging level design, great graphisms, and the story while simple still give a special feeling.

This was amazing! The level design was kind of hard, but the feeling of accomplishment after mastering a skill was well done.
Keep up the work :)

This game is really great, well done guys! I absolutely love the graphics (including fonts) and music. The controls and gameplay feels stunning. I really liked the challenging levels with the dash mechanic later on in the game. well done.

Reply
The GDWC3 years ago (1 edit)

Hello hello! With simple mechanics as jumping, dash and wall grab you guys managed to create a really nice and challenging game! I really enjoyed playing it! keep up the good work!

Have you considered participating in our GDWC #gamedev contest?

Check out our itch.io page for more info :)